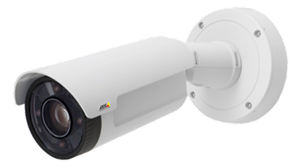 The collaboration began with a pilot study where the various flows at Axis were analyzed and new processes were defined. The study included everything from daily work and monitoring, to technical implementation of the PipeChain software platform to give visibility for Axis and its suppliers, and to automate both traditional order processes (WebEDI) and VMI processes (Vendor Managed Inventory).

During the roll-out, work routines and their effects were specifically evaluated. A number of enhancements for process and IT support were considered and implemented, including an expanded overview screen for suppliers so that they can identify exceptions and receive suggestions on deliveries that can benefit their own planning.

After a successful pilot phase between the two suppliers and four of Axis’ own sites in Europe and the U.S., and fine tuning between PipeChain and Axis’ ERP system, IFS, the company is now rolling out the system to more suppliers and successively adding more of its activities. Axis also plans to implement direct communication to and from the suppliers' systems via EDI.

What is special with the PipeChain solution at Axis is that all articles are monitored, regardless of whether the PipeChain system calculates order or refill proposals. The parameters used for monitoring and planning needs are the same. Today, Axis follows up on service levels and coverage time along with forecast accuracy. This way they can focus on the right things.

"We chose PipeChain for their expertise and that it is backed up by very good process support. They are with us all the way and we have seen the benefits as fast as we expected. Now we look forward to applying the same process support for more units and in collaboration with other suppliers,” Says Malin Haag, Supply Manager, Axis Communications.

Axis is an IT company offering network video solutions for professional installations. The company is the global market leader in network video, driving the ongoing shift from analog to digital video surveillance. Axis products and solutions focus on security surveillance and remote monitoring, and are based on innovative, open technology platforms (www.axis.com).